The Kelso breeding strategy is based on a disciplined approach with a large scale, recorded base, which we upgrade and modify as farmer needs change.

To maximise the rate of genetic gain we engage the best geneticists in the business. We work closely with the team at AbacusBio, using their ANI-MATE software system to improve our genetic diversity, reduce the risk of inbreeding and maintain ewe productivity.

An average Kelso Maternal 2744 ram will produce an additional profit of $15.81 per ewe mated per year, compared to the industry average. 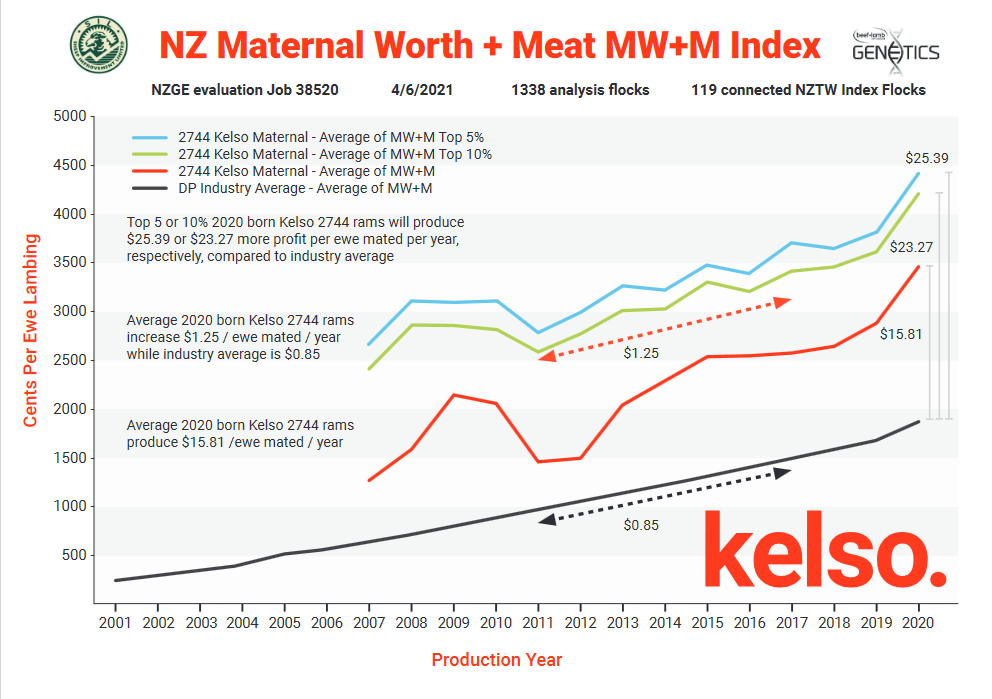 An average Kelso Terminal 4880 ram will produce an additional profit of $7.48 per ewe mated per year, compared to the industry average. 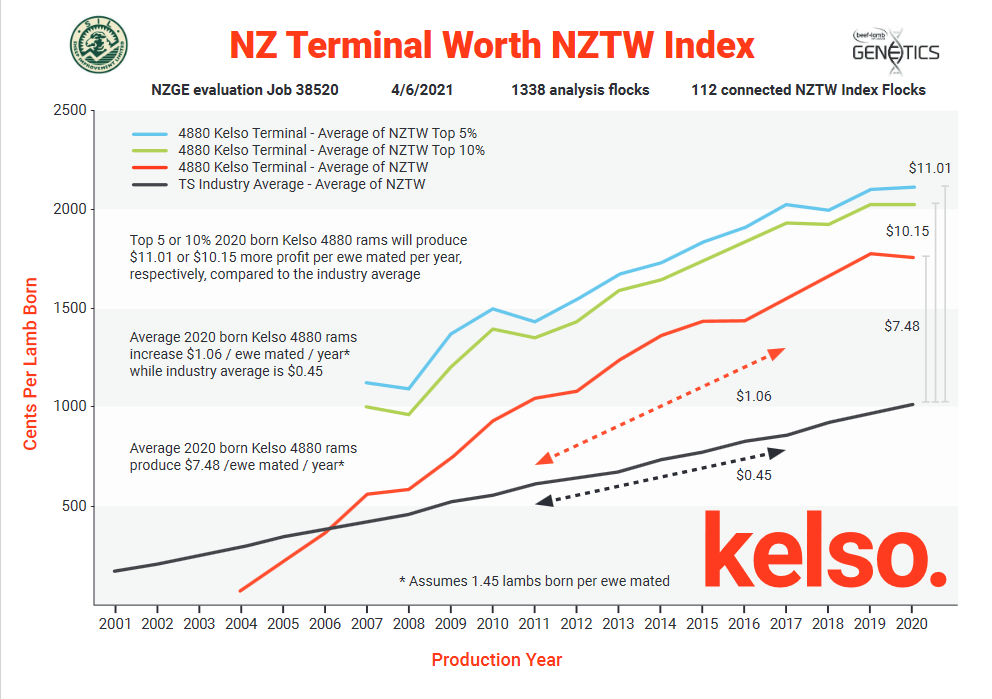 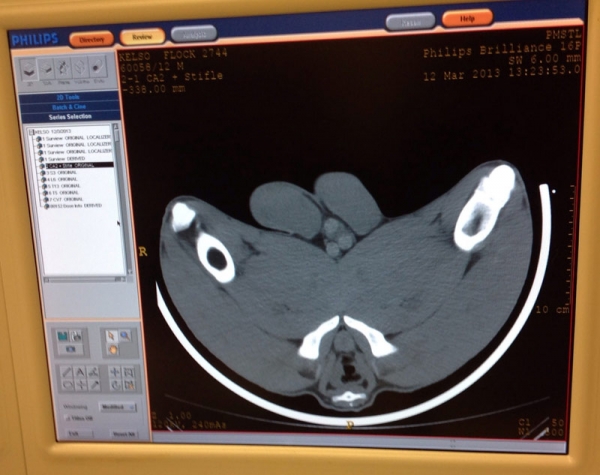 Kelso rams are the product of a long-established breeding programme combining stockmanship, science and a preparedness to think differently. Our sole focus is on lifting sheep farm performance.